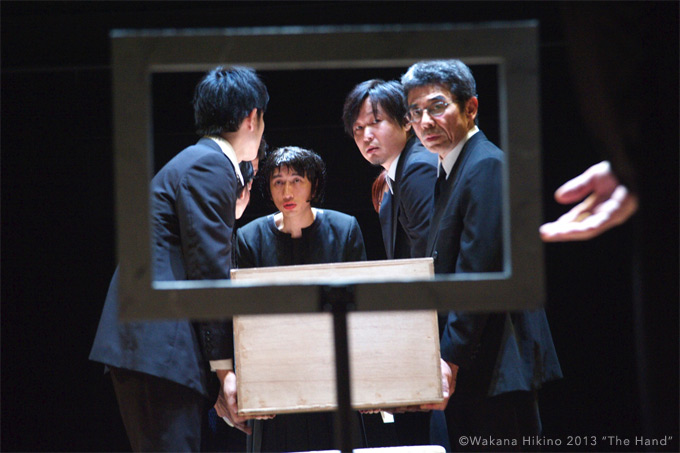 In 2003, Hideto Iwai, an actor/playwright/stage director, formed the theatrical company, hi-bye, in Tokyo. “hi-bye” is now actively engaging in various theatrical works with 5 actors and 1 company manager.
Iwai’s debut play, “Hikky Cancun Tornade” was written based on his personal experience of Hikikomori. This play drew strong responses and restaged repeatedly which led the success of 10 cities play tour in Japan in 2015.
Recently, Iwai collects themes for his new works from experiences of other people, not just his own, by interviewing his own family or other people he takes interest in.
Other than his own experiences, Iwai generally deals with contemporaneous social issues such as domestic violence, extramarital affairs, widening socioeconomic disparity, aging, dementia or death, most of which are rather somber and depressing. Nevertheless, in his plays, the characters’ hardships, misery or comfortlessness are deformed in such a way that they are even funny. The cross-gender acting technique is often used to exaggerate this special kind of humor. The audience burst into laughter and tears at the same time and then the theater is filled with curiously silent moment. The audience cannot simply explain their emotion or impression by using a word “sympathy” to the characters alone, but want to start telling their own stories. That is the characteristics in all hi-bye works.
The reading performance of “The Hand” was carried out in London. “Hikky Sotonidetemitano” and “The Hand” have been translated and performed in Korean. hi-bye is now attracting more attention internationally. 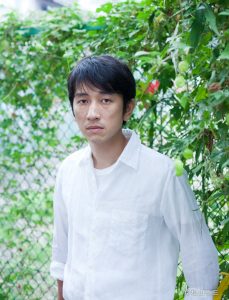 Born in 1974. An actor/playwright/stage director, Iwai stayed at home as “Hikikomori” from age 16 to 20. He formed the theatrical company hi-bye in 2003, and in 2007 joined the producing department of Seinen-Dan. Many of his works are gritty but laughable comedies based on Iwai’s own personal experiences. Recently he collects stories from people in normal lives and made plays such as “A Certain Woman”, “The men” and “The Husbund and Wife”. Iwai has worked increasingly as a director, actor, novelist and scenario writer. He was awarded for Kuniko Mukoda Award in 2011 (NHKBS TV drama) and Kunio Kishida Award in 2012 (A Certain Woman). “Hikky Cancun Tornado” was performed in Seoul at the performing arts market PAMS in Oct. 2011.“Hikky Sotonidetemitano” was directed by Park Geunhyeong at DOOSAN ART CENTER and “The Hand” was directed by I Kipm in 2015.

The merits of hi-bye works are their scenic art and reproducibility. These repertoires require relatively short preparation period, and have received favorable comments.
We would be delighted to hear from you in regards to running the repertoires abroad as well as in regions outside Tokyo.
Producer : Sachiko Miyoshi (Ms.)
miyoshi ＠quinada.net
Phone: +81 90 9393 0809
Fax: +81 3 6478 9515

“The Husband and Wife” 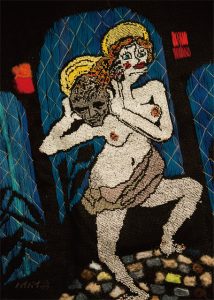 Iwai wrote this play based on his own experience of his father’s death of a cancer. The father was an alcoholic and used to beat his children. How do his wife and children come to terms with his death? This play has received favorable stage reviews on more than 6 newspapers and was broadcasted on NHKBS. 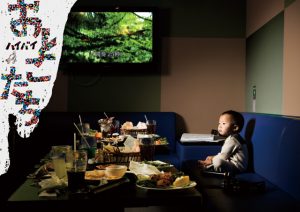 Iwai interviewed various men with different backgrounds; salaried workers, dispatched workers, actors, a job-hopper having extramarital affairs. This play depicts lives of 4 men from their age of 24 to 82 and attracted strong sympathy irrespective of age and sex. After the premiere in 2014, it was restaged in 2016 in 8 cities in Japan.

Iwai interviewed several women who repeatedly had extra-marital affairs. The main character “Takako” was performed by an actor (Iwai). This play depicts fragile line between moral and immorral in society and received a high evaluation. 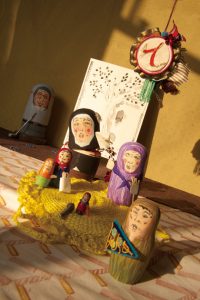 The story evolves around a wife and children, now grown up and independent, who have suffered irrational violence from the father. One day, the eldest daughter suggests a family get-together while their aging grandmother is still with them. However, they soon discover that the deep chasm still remains. The grandmother passes away during their bickering, and the eldest son blames the daughter for suggesting the reunion. The family is fractured and uncooperative even at the funeral…
This Iwai’s autobiographical work depicts the divergence of communication among family members, encircling it with hi-bye’s unique humor.
The first half of the play is written from the younger brother’s perspective, and the second half is the mother’s narratives on the same time period and events. “I had always intended to write about the helpless, almost joke-like days of seeking consolation but not finding any. Upon taking on the project, I interviewed my mother about those days and discovered that she had a completely different interpretation of my elder brother’s approach toward my grandmother. So I decided to describe my take in the first half and how she saw the same events in the second half.” (Iwai, on explaining the work) 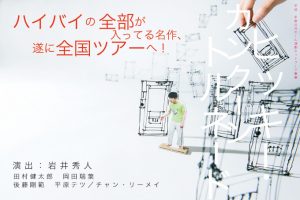 Tomio, an aspiring wrestler, is a withdrawal and cannot leave his house. His younger sister Aya is the only person who understands and supports him. One day, their mother, worried about her son’s situation, brings a phony “Delivery Counselor Keiichi” to persuade him to come outside. To the mother’s dismay, the counselor decides to lock himself up with Tomio. The next counselor deliberates as to how to get the two withdrawals out of the house. Can Tomio ever come out of the house? And why is it so good to go “out?” 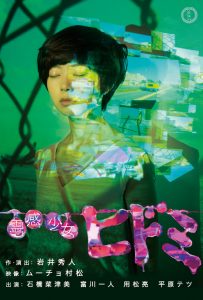 A video made with projection mapping techniques was shown at the whole show.

Hidomi, a girl who lives at a condo by route 16, does not know why she lives there. Today, she runs after her shadow in the world.
One day, her long-desired boyfriend Yoshihiro comes to see her.